What is Bloke Core? Inside the Fashion Trend Inspired By Soccer Jerseys 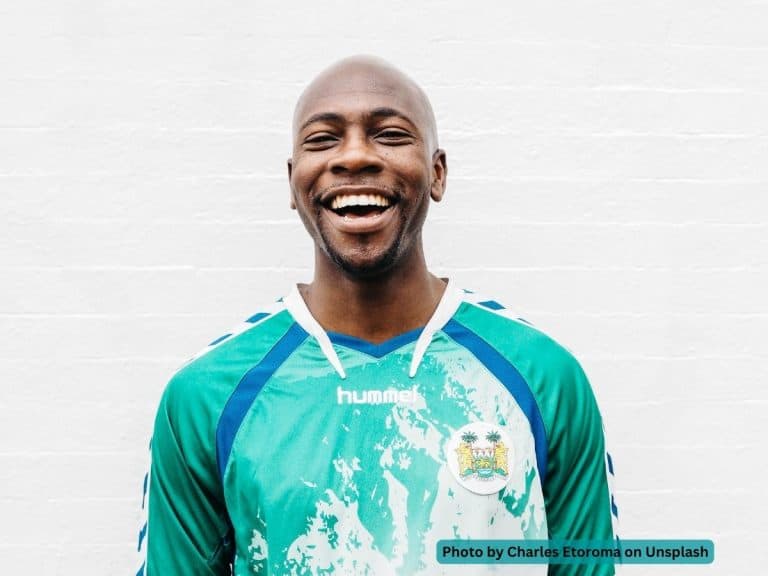 “Blokecore,” a fashion trend inspired by British soccer (football) hooligans, began on TikTok. “Blokecore” It began as a meme on TikTok, but since then, hundreds of videos of mostly young men of Gen Z displaying soccer-centric looks for invested viewers on the platform with #blokecore.

Let’s first start off with defining the term kit. Kit was originally coined to refer to the entire uniform that a soccer player wears including the jersey, shorts, and socks. Most teams have a home kit for games in their own arena, away kit for when they visit other teams, and an alternate kit for special occasions. But now, the term kit is used by the fashion community to mainly refer to only the jersey.

You can wear the jerseys of many different teams but it’s helpful to understand the international leagues that have been around for quite some time. In England, you have the premier league which is highlighted by teams like Manchester United, Chelsea, Arsenal, Liverpool, and Newcastle United. In Spain, you have la liga, which is highlighted by powerhouses Barcelona and Real Madrid. In Italy, you have the Series A, which includes Juventus, Inter Milan, and AC Milan. The other big European league is the one in France which is called Ligue 1. It is highlighted by teams like Paris Saint Germain (PSG), Marseille, and Lyon. In the United States we have some good bloke core kits such as the original teams D.C. United, Columbus Crew, New YorkJ MetroStars, and the Los Angeles Galaxy.

Arsenal Jersey from the 1990s

Umbro is a football company based in Manchester that was one of the first to make sportswear and sports tailoring. In 1934, Umbro made its first big football outfit for Manchester City. The team wore it to win the FA Cup. Today, the brand combines its history of sports tailoring with modern football culture to make clothes, shoes, and equipment for football that are both innovative and iconic.

Kappa started out as a sock business in 1916. In the 1970s, they started making sportswear and soccer clothing. The Omini symbol, which stands for quality and style, would be used by the new division. Kappa started to design the jersey for Juventus in 1979. The fact that Kappa sort of sponsored Juventus, one of Italy’s best clubs, was a good thing. Kappa made uniforms for Juventus for 21 years, until  2000.  It is still a well-known brand in Italian football.

Well, you can’t talk about iconic sports fashion without Nike. The Swoosh debuted on the Nike football footwear in 1971. Nike learnt from athletes, research, and testing how to produce football items that aid players worldwide. Nike’s history helped establish a new age of outstanding football.

The Dassler Brothers’ Shoe Factory was started by Adolf and Rudolf Dassler in 1924. In the end, this would become the thing that Adidas is today. In 1972, Adolf made the famous Trefoli logo, which has come to represent Adidas and is one of the most recognizable logos in the world.

Adidas has done well at both the international and club levels when it comes to making football kits. Since Argentina won the FIFA World Cup in 1978 while wearing the famous three stripes, Adidas has helped four other teams win.

Adidas sponsors a lot of the best football players as well as the biggest teams and clubs. Every week, these players will wear Adidas shoes. In the past, Adidas has sponsored the likes of David Beckham, Zinedine Zidane, and currently sponsors superstar Lionel Messi.

The Italian team Juventus would join the modern fashion scene by putting Palace on its shirts in collaboration with Adidas. When Juventus played against Genoa, they wore co-branded warm-up gear and a special-edition Palace-branded home jersey.

The shoe and clothing collections are mostly black and white, with a few red pieces to add a pop of color. Each product has a different version of the Paris Saint-Germain crest with the jumpman instead of the Eiffel Tower.

In 2012, before Palace partnered with Adidas, it paired up with Umbro. The Palace x Umbro “Italia 90” shirt resembles England’s 1990 World Cup third kit. Umbro, who makes England’s uniforms, designed it. The Palace Tri-Ferg logo in the upper left corner is the sole difference.

Bloke Core is here to stay

With the World Cup happening every 4 years, and the rise in popularity of Soccer in North America, Bloke Core is here to stay. People love soccer and they also love fashion, so why wouldn’t brands incorporate aspects of soccer into the new styles. And simply put, soccer jerseys are some of the most wearable jerseys in terms of resembling a more athletic version of a polo shirt.

What makes a bloke core outfit?
The standard bloke core outfit is comprised of a vintage soccer jersey, a pair of jeans, and a pair of European-style trainers such as the Adidas Samba.
Who started the bloke core trend?
The bloke core trend was started by a TikTok user named Brandon Huntley in April of 2022.
What is a soccer kit?
A soccer kit is what the fashion community refers to a soccer club’s jersey. Typically, it’s used to reference vintage / pre Y2K era soccer jerseys. Originally, the term kit is used to refer to the soccer outfit worn by professionals of a team and it not only includes the jersey, but also matching shorts and socks. 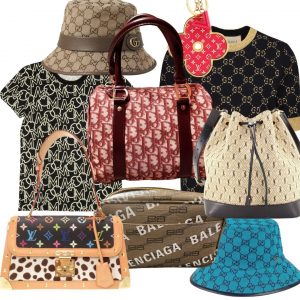 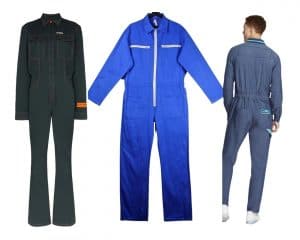